Getting rid of waste, particularly liquid waste, is not at the top of your to-do list.  Understandably, the waste generated by many of the manufacturing and machining processes gets in the way, and can be annoying and costly of which to dispose. Here are some simple best practices that most all generators should follow.

A great place to start researching is the EPA or DEP. These sites have plenty of information on the latest rules and regulations regarding your waste. If you have any questions, Gemini Disposal Services can help answer questions on your liquid waste streams. If you are looking to dispose of your liquid waste, request a quote and we will help you manage your liquid waste. 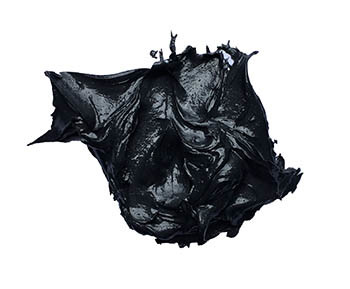 Molybdenum Disulfide, simply known as Moly, is used both independently as a dry lubricant and as an additive in lubricating greases. Dry lubricants reduce friction between two sliding surfaces without the need for an oil medium. Dry lubricant molecules have a natural attraction to metal and adhere themselves to metal surfaces. These molecules create a layer of protection that prevents wear and tear as well as significantly improve lubricity of metallic surfaces.

How Does Moly Work?

When used on its own, Moly is impregnated into the surfaces of metal parts to improve the lubricity and protect the parts themselves. When used in greases and lubricants, the Moly attracts itself to the metal surfaces as an anti-wear surface coating. When used in lubricants, Moly’s efficacy is limited if the additive remains suspended. It is important to ensure that the Moly is compatible with the oil or grease. If it is not compatible, the compounds could drop out and plug oil passages and filters.

Moly has a variety of unique properties that distinguish itself from other solid lubricants and solid additives. These include:

Moly greases can have concentrations from anywhere from 1 to 20%. Typically, Moly greases typically contain 3 to 5% Moly. Moly greases are generally used in operations where high pressure metal surfaces are sliding against each other. These include roller bearings that have very heavy loads and shock loading. Moly greases are also recommended in slow or oscillating motion that is used in universal and CV joints. Moly greases used in high-speed bearings can create problems such as “skidding,” where a bearing roller fails to rotate a full 360 degrees.

Due to its lubricating abilities in vacuums, Moly and Moly greases are popular in aerospace applications. Temperature limitations for Moly are much higher in space (1200 C compared to 350 C in air) thus can withstand extreme temperatures in space. Moly is used for low speed systems such as solar array drives, sensors, and antenna scanners.

As a solid lubricant, Molybdenum disulfide (Moly) serves as a better lubricant and additive than graphite because of its ability to operate under very heavy loads and in vacuum environments. If your machine’s manual calls for a moly grease, it is important to ensure a moly grease is used and the moly grease is compatible with other lubricants in your equipment.