The Environmental Protection Agency (EPA) believes that the management of hazardous waste aerosol cans can be best implemented through a universal waste approach where handlers operate within a streamlined management system with regulatory oversight. On December 9, 2019, the EPA finalized the rule to add Aerosol Cans to the federal list of Universal Wastes. This final rule will impact the labeling and marking, accumulation time limits, employee training, responses to releases, export requirements, and, for large quantity handlers of universal waste, notification and tracking.

What is the definition of Aerosol Can?

As of February, 2020, the EPA defines an aerosol as a non-refillable receptacle containing a gas compressed, liquefied or dissolved under pressure, the sole purpose of which is to expel a liquid, paste, or powder and fitted with a self-closing release device allowing the contents to be ejected by the gas. Because the DOT language is more inclusive than the proposed language, it better matches the intent of the proposal to apply to all types of aerosol cans, including cans that dispense product in the form of paste or powder, and would not require states that have already added aerosol cans to their universal waste program to change their regulations.

On March 16, 2018 the Environmental Protection Agency (EPA) proposed adding aerosol cans to the federal universal waste list. This proposal recognized that the inclusion of this waste stream as a universal waste could better ensure that aerosol cans are managed appropriately from cradle to grave. Aerosol cans are widely used for dispensing a broad range of products including paints, solvents, pesticides, food and personal care products.

The Consumer Specialty Products Association (CSPA) estimates that 3.8 billion aerosol cans were filled in the United States in 2015 for use by commercial and industrial facilities along with households. Aerosol cans may be dangerous if mismanaged, particularly when exposed to excessive heat, which may result in increased internal pressure and eventually could cause the container to burst and release its contents. If the propellant or product is ignitable, this could result in a rapidly burning vapor “fireball.” Even if the propellant is not ignitable there are dangers from a bursting aerosol can as parts of the aerosol can could become a projectile. After the proposed rule-making was announced the EPA took public comment on the proposed standards. The docket number for this rule-making is EPA-HQ-QLEM-2017-0463. 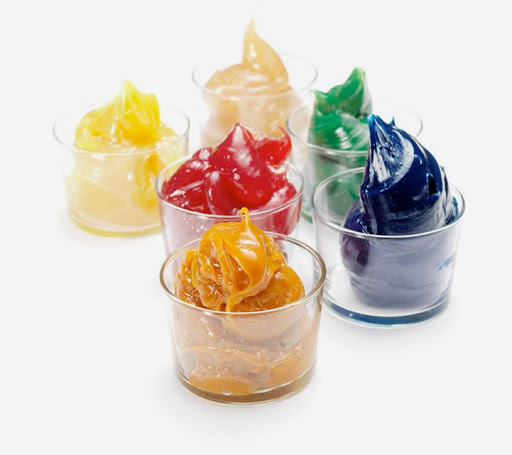 Used for over 3000 years, grease is a key lubricant used to operate a variety of machines and bearings. Over 80% of the world’s bearings are lubricated with grease. Grease is an excellent lubricant to use when liquid lubricants fail to do the job. Greases are made of three main components: base oil (70-95%), thickener (3-30%), and additives (up to 10%). We are going to examine the second component: thickeners. Thickeners are essential as they are the “sponge” that holds the base oil and additives.

When combined with the base oil and additives, the thickener forms a semi-fluid structure. Conventional thinking suggests the structure indicates the grease is mainly thickener, however, the thickener is a material that holds the lubricant until it is dispersed. As mentioned above, the overwhelming majority of any grease is composed of base oil. There are many types of compounds that can be used as thickeners.

Simple Soap: This results from the reaction of one fatty acid and a metallic hydroxide. The most common soap, lithium soap, is produced

with 12 HSA and lithium hydroxide. The metallic hydroxide defines the thickener and other types besides lithium can be used.

Mixed Soap: Less common than simple soap, mixed soap is created in similar fashion as simple soap. However, the “mixed” characteristic is derived from mixing multiple metallic hydroxide compounds with a fatty acid. A common mixed soap is Ca/Li soap, which is made with calcium hydroxide and lithium hydroxide.

Complex Soap: Like simple soaps, complex soaps use a single metallic hydroxide. In order to create the complex-thickened grease, a fatty acid is combined with a short chain complexing acid. The acid mixture is then combined with a metallic hydroxide to for a complex thickener. Lithium complex grease, the most popular in North America, is made with lithium hydroxide, 12 HSA, and azelaic acid. These thickener types have an advantage over simple soap because of better high-temperature properties.

Urea: Also known as polyurea, these thickeners are a reaction product of di-isocyanate combined with mono and/or diamines. The ratios of the ingredients will determine the characteristics of the thickener. This classification includes diurea, tetraurea, urea-urethane and others. Since there are no metallic elements in polyurea grease, the grease is ashless and subsequently more oxidatively stable. Polyurea greases are the most popular non-soap grease today.

Organophilic Clay: Also referred to as organo clay or clay thickeners, these thickeners are mineral based usually made from bentonite, hectorite, or montmorillonite. The minerals are purified into a clay and treated to be compatible with organic chemicals. The clay is dispersed in a lubricant to form a grease. Clay greases have no melting point and are traditionally used in high-temperate greases (however the oil will oxidize quickly at elevated temperatures).

Other: Polyurea and clay thickeners are the most used non-soap greases, but there are some other specialty thickeners that are used. These include:

In addition to composition, the other key classification for grease is quite obvious: thickness. Defined as consistency, a grease’s consistency is its resistance to deformation by applied force. This is measured by penetration. A standard test, specifically ASTM D217, measures cone penetration after five (5) seconds for a grease at 77 F (25 C). The unit of measure is tenths of a millimeter and the NLGI classifies grease based on its penetration. The range of grades is 000 to 6. See the chart to the left for a full breakdown NLGI grades.

Most greases today fall in between the 1 and 3 grades with NLGI 2 being the most common. High penetration greases such as 00 and 0 can be used in central systems and colder environments.

Selecting the Appropriate Thickener and Grade

The right grease could vary greatly depending on your application, operating environment, and other factors. High temperature environments may require firmer (higher NLGI grade) greases and certain thickeners with high-temperature properties. It is best to consult OEM guides or speak with your grease manufacturer or distributor to get a recommendation.

Switching and mixing greases could either prove to be extremely costly. Most thickeners do not mix together and there are specific greases that are not compatible with others. It is recommended to match “like-for-like.” If you plan to make a switch, it is best to completely drain your equipment before applying new grease.